No one can undermine The importance of prayer in Islam. specifically Friday prayer, Hence, it considered as the first pillar of Islam that Prophet Muhammad (peace and blessings of God be upon him) mentioned after the profession of faith, by which a person becomes a Muslim. Prayer has been made compulsory for all prophets and all people. read this article about Friday prayer on www.miskshops.com

For example, when God spoke to Moses verbally, He told him, among other things: “I chose you, so listen to what is going to be revealed to you. Truly, I am God, and there is no other deity besides Me. Adore Me therefore and perform the prayer to have Me present in your mind”

The obligation of prayer: 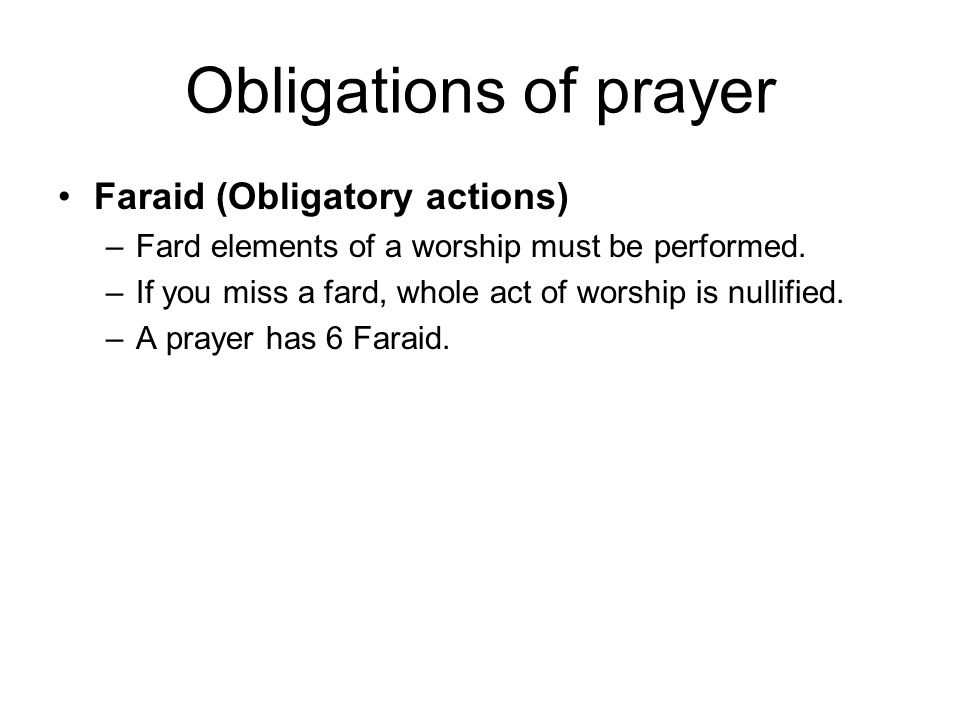 Likewise, the obligation of the five daily prayers was passed on to the Prophet Mohammad Peace be Upon Him during his ascension to heaven. And when God praises believers, as at the beginning of Surah al-Mu’ Minun (the believers), one of the first characteristics God has attributed to them is their diligent observance of the obligatory prayers. Hence, this proves the importance of prayers in Islam. As God Almighty has called Prophet Mohammed to the skies and heaven, in order to tell Muslims to perform prayers.

The Importance of Prayer in Islam:

The importance of prayers is due to the fact that no matter what actions a person performs during his life, the most important aspect is his relationship with God. That is to say his faith (iman), his awareness of God ( taqwa), his sincerity (ikhlas) and his worship (ibaadah). Therefore, this relationship with God is manifested, practised, and improved through prayer. Hence if the prayers are done correctly, the actions of the person are usually right. However, if the prayers are not done correctly or are incomplete, then the rest of his actions will be incorrect and incomplete.

In fact, if the prayers are performed correctly – with focus, humility and faith – they will have a lasting effect on the person. After prayer, his heart and thoughts will be occupied with God. Hence, this person will experience both fear and hope for God. And, in this state, he will not want to find himself in a position of disobedience to God. God mentions this aspect of prayer when He says: “Certainly, prayer preserves indecency and acts of injustice” (Quran 29:45)

The correct way of performing prayer in Islam: However, dear readers, I am sure now you are wondering, how can we perform a correct and a complete prayer, the way God told us. God has told us a correct prayer is the one done in reverence.

The importance of reverence in prayer is in two ways:

The first aspect: that it is the perfection of prayer, instead it is the core of prayer and its spirit. Reverence means the presence of the heart so that the person is in the state of prayer; while he reads, kneels and prostrates, invoking this great worship. Thus, he does not pray while his heart is in a far place.

The second aspect: reverence in prayer is more rewarding, and God Almighty has praised those who meditate while performing their prayer. However, what helps with reverence is: A person should empty his heart when he comes to prayer completely. Hence, he should feel that he is standing in the hands of God Almighty. Furthermore, God Almighty knows what is in the person’s heart, the way he knows the person’s body movements. For instance, you can stand before the king, and be polite. However, your heart might be somewhere else but the king wouldn’t know. Nevertheless, God Almighty knows your outwardness and your interior. Hence, be aware that you are in the hands of God.

Sheikh Abul Hasan Ali Hassani Nadwi, a Muslim scholar, described this effect of prayer very eloquently, saying: “Its purpose is to generate in man such spiritual power, such light of faith and such awareness of God that he will then be strong enough to fight effectively against evil and temptation of all kinds, to stand firm in the face of adversity and to protect against the weakness of the flesh and inordinate appetites”. 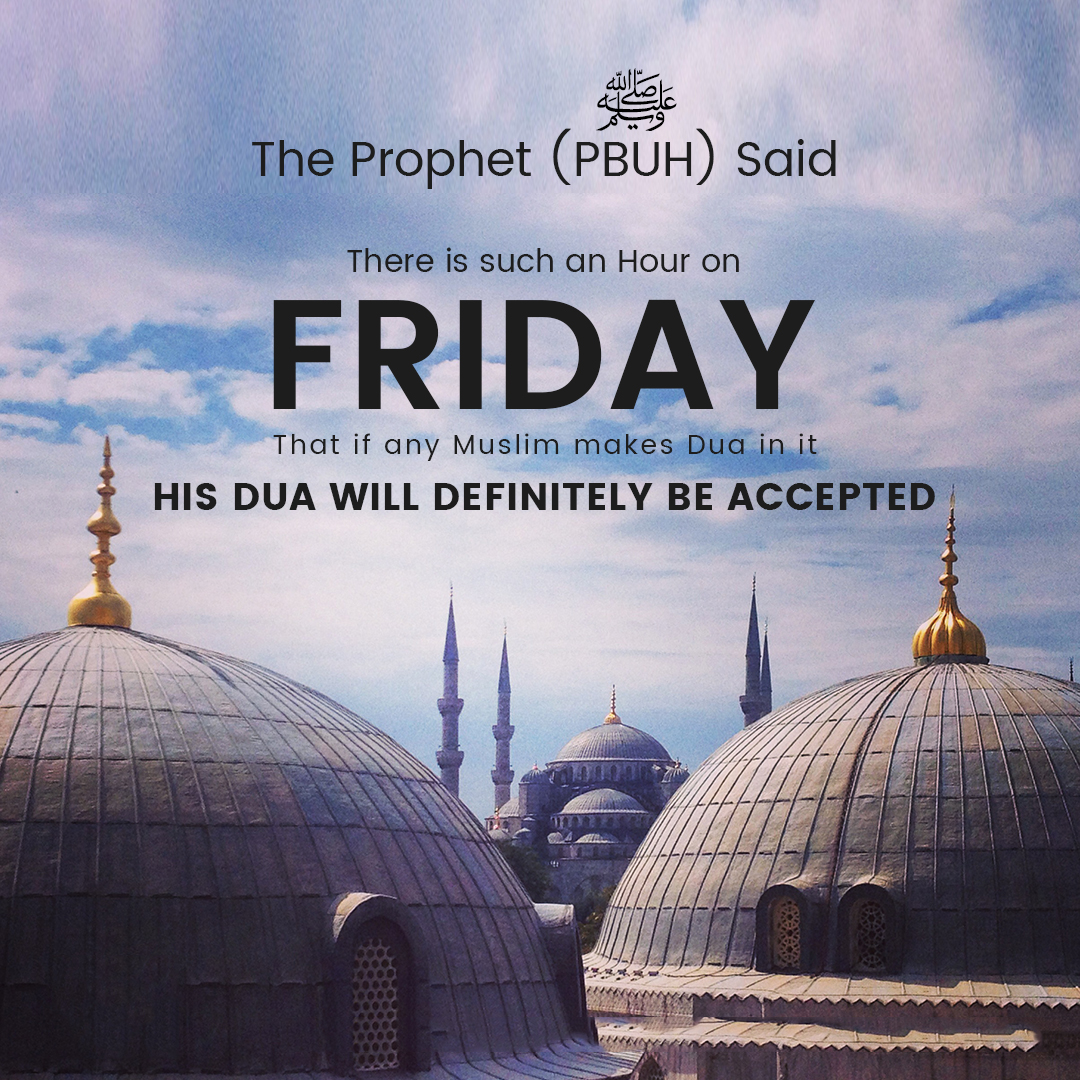 Furthermore, Friday is considered one of the blessed days for Muslims. Friday is the day on which God created Adam. Furthermore, it is the day on which he entered Paradise and left. Moreover, it is said that it will be the Day of Resurrection. There is no doubt that the importance of Friday is great for Muslims. As they wait for Friday every week Because of the good deeds and virtues this day contains. Nevertheless, on Friday, there is an unknown hour of response, a Muslim servant who calls to God Almighty will surely be answered.

Friday prayer is considered one of the most important prayers for Muslims. Therefore, Muslims gather to pray in the mosques and listen to the Friday sermon. However, the importance of Friday prayer is not limited to the fact that it is an obligatory prayer for every adult Muslim. Furthermore, it goes beyond this to many other levels.

The importance of the perseverance on Friday prayer is mentioned in the Holy Quran. As God Almighty says: “O you who believe! When the call to prayer on Friday, hasten to the remembrance of Allah and leave your trading. That is best for you if you know”. Muslim should not be abandoned Friday prayer in order to run a business or for amusement, or anything else, but rather respond to the call once the Athan is raised.

Time of the Friday Prayer: I am sure dear readers after reading the paragraphs above; you must be wondering about what time is Friday prayer? Well, I am pleased to tell you the following. Prophet Mohamad has said:” Whoever prays Friday at noontime; After the meridian, he prayed it on time” Nevertheless, women do not have a Friday prayer, but rather they have noon to pray Zuhr. However, if she prays with the people the Friday prayer, it is sufficient. Furthermore, if she prays with the people two Rak’ ahs, then it is adequate for the Zuhr. Additionally, the same goes for unable people, and people who are travelling for a particular reason at the moment of prayer.

Friday prayer time in London is at the same time as Zuhr prayer on regular days. You will find below the schedule for London Prayer time: Furthermore, prayer has crucial importance in Islam, as there were several statements by the Prophet stressing the importance of prayer. For example, he said: “The first thing God’s servant will be accountable for on the Day of Judgment is prayer. If it was done correctly, then the rest of his actions will be accepted. But if it is incomplete, then the rest of its actions will be incomplete as well”